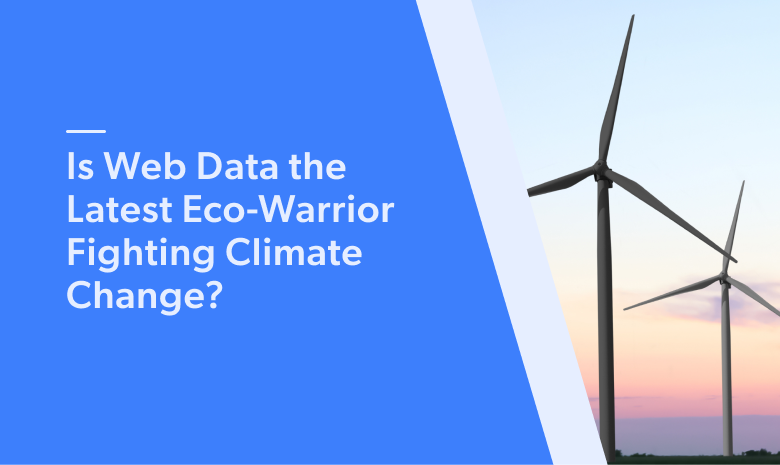 Today’s climate emergency is accelerating at unprecedented speeds, with natural disasters occurring regularly, causing extreme, irreparable damage. More cities are at risk of flooding, and we’re expected to reach a tipping point sooner rather than later ’“ a point of no return. New solutions are needed immediately, and web data is paving the way for discovering them.

Subak, a start-up accelerator launched in the UK this summer, selects, funds, and scales organizations that want to work collectively to keep the planet habitable. Using shared data, infrastructure, and tools, they connect the best tech, environmental, and science talent to drive mass behavior and policy change on both the private and public levels.

Here’s what Bright Data CEO Or Lenchner had to say about the partnership:

’њThe climate crisis is the greatest challenge that we have ever known, and it is essential that the world’s most powerful resource ’“ data ’“ is fully utilized in tackling it. Working with Subak, we can make sure that innovators with radical ideas have the data that they need to make a difference. We know from our work with thousands of worldwide customers in multiple industries just how powerful the insights drawn from public web data can be, so there is much to be gained in using it in the fight against climate change.’ќ

Among Subak’s chosen start-ups are:

According to Dan Travers, Head of Data Science, Partnerships & Execution at Subak:

’њHaving access to one of the world’s most powerful public web data collection platforms, Bright Data will allow Subak members to take their climate impact even further. Subak member New AutoMotive, who is using data to support the switch to electric vehicles, will be able to use data to understand the public sentiment on electric vehicles over time or monitor the prices of charging cables. This will help inform why some areas have lower uptake of electric cars than others and allow New AutoMotive to focus their efforts. These types of insights, the support, and expertise from Bright Data will be invaluable to all Subak members in their work to tackle the climate crisis.’ќ

With the launch of The Bright Initiative’s partnership with Subak, the latter’s chosen start-ups will continue to tirelessly work to ease the pressing climate crisis, using public web data to come up with unique solutions. They expect to share their respective findings very soon.