The Bright Initiative Partners, Oxford, and Royal Holloway Universities release part one of their research surrounding access and accessibility to FAIR Data

Supporting education institutions and academic research on an international level is a large part of The Bright Initiative’s mission to use data for good. We’re proud that two of our esteemed partners, Oxford University and Royal Holloway University, together with DANS (Data Archiving and Networked Services) and The Hague, Netherlands, used the Bright Data network to perform vital research for a recently published paper that explores data access and accessibility in research. 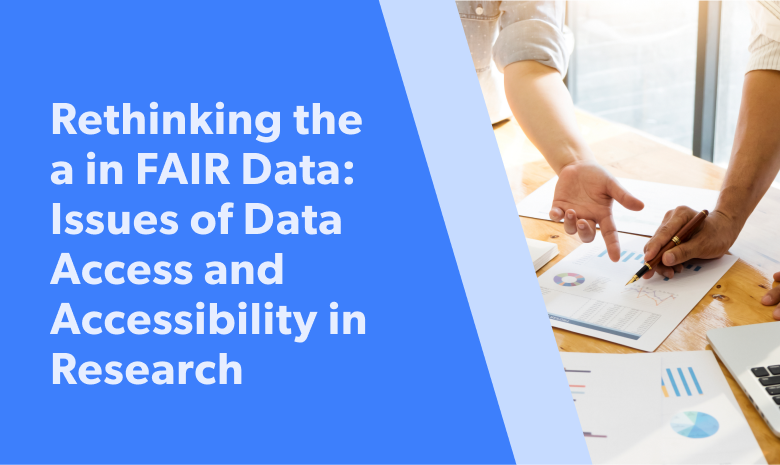 Part One of the team’s research paper, “Rethinking the a in FAIR Data: Issues of Data Access and Accessibility in Research,” discusses the concept of FAIR data with regard to responsible and reproducible research. It closely examines issues of FAIR data principles, standards, and accessibility challenges.

Some of the reports main assertions/findings include the following:

The researchers state that FAIR data principles promote the findability, accessibility, interoperability, and reusability of research data and scholarly digital resources. Ever since the conception of these principles in January 2016, they have gained widespread global acceptance, which is important because they contain 15 requirements that guide the actions of data publishers and other stakeholders to enable responsible data sharing.

Moreover, the global acceptance of the FAIR principles has led to infrastructure development, the creation of disciplinary standards, and capacity building in data management. This matters according to the paper’s authors because the FAIR data standards are an important element of the Open Research ecosystem, where open data, FAIR data, and research data management overlap.

Both FAIR and open data focus on data sharing and ensure that content is made available in ways that promote access and reuse.

According to the researchers, “FAIR data principles are rapidly becoming a standard through which to assess responsible and reproducible research.” However, they find that while there is an implicit assumption that access to digital resources is independent of where the user is geographically located, it isn’t always the case in reality.

In fact, the research paper indicates that access to FAIR data resources is influenced by a range of geo-political factors. “Given the volatile nature of politics and the slow pace of infrastructural investment, this is likely to continue to be an issue and indeed may grow,” asserts the researchers.

Quantifying the absence of accessibility from a user perspective

In the paper, the researchers discuss a range of concerns and challenges regarding data accessibility and infrastructure (or lack thereof) by geographical region. This includes insights into the following:

As part of the researchers’ methodology, they selected a set of websites that are used in Open Science. Then the researchers used Bright Data’s network to provide clients in 14 countries access to data that they would otherwise not have. Many of these specific countries were chosen since they are already marginalized from Open Science discussions due to political issues or infrastructural challenges.

The researchers’ analysis is based on the following two steps:

The researchers’ overall takeaways were as follows:

The researchers assert that “it is vital for any discussions and implementations of FAIR to include awareness of issues of accessibility. Otherwise, the expansion of FAIR data may unintentionally reinforce current access and research inequities around the globe.”

In fact, the researchers believe that, based on a brief survey of the current geo-political climate around the world, the issues relating to accessibility raised in this paper are poised to get worse if nothing is done. They say that the current war in Ukraine and the proposed sanctions on Russia by NATO nations suggest that issues of geo-blocking might be exacerbated going forward. Furthermore, they assert that issues of access and time-outs are becoming more frequent because of a growing trend of using internet access to control civil unrest.

The researchers add that while investment in information and communication technologies in lower-middle-income countries is growing, there will still be challenges for decades to come as researchers in these regions are unlikely to experience a “level playing field” of connectivity with their colleagues in higher-income countries.

“Bringing these often-overlooked issues together highlights how current FAIR discussions on data accessibility often fail to recognize pressing challenges experienced by many researchers around the world. To date, there has been little recognition of these issues, let alone discussion of responsibilities for addressing these issues,” state the authors.

They anticipate that any attempts to rectify the current situation will require a joint effort from the international research community, national governments, and international data organizations.

The Bright Initiative is committed to continuing to contribute to such important research that advocates for further discussion on how the FAIR principles can be translated into action.