The Bright Initiative recently hosted a major summit in London that brought together global data leaders to explore how data can be used in a more impactful manner to combat violence against women and girls. 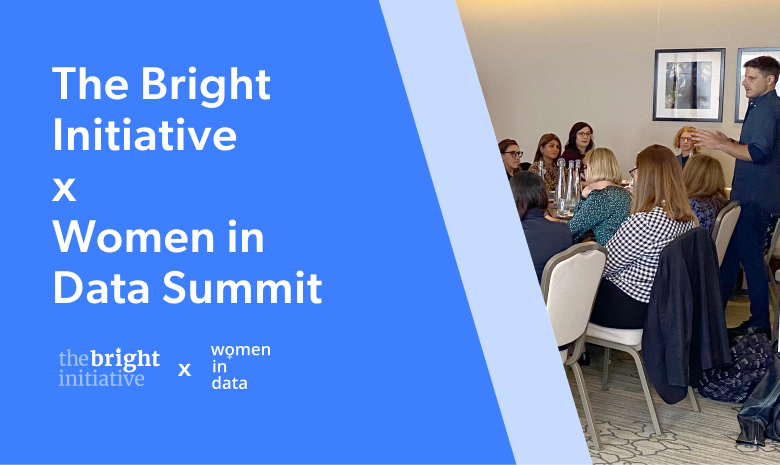 The meeting, held on behalf of Women in Data, a global community for women in tech consisting of over 25,000 data professionals, is part of a larger ongoing process-driven and supported by the Bright Initiative to work toward developing a detailed set of recommendations to ensure that data is being used to its fullest potential to make society safer for women and girls.

The June 28 meeting followed a Women in Data event in 2021 that previously identified data as a weapon to help combat the persistent threats women face to their safety in everyday life.

In attendance at last month’s meeting was a group of the UK’s most senior data leaders and policy experts, chief data officers (CDOs) from several UK Government departments and public sector agencies, and CDOs and senior data leaders from global companies including Microsoft and IBM. In addition, campaigners for gender equality and survivors of attacks were also in attendance.

“We know that data is one of the most valuable resources in the world, able to accomplish remarkable things if collected and utilized effectively. The ideas and energy that were generated in this meeting set a clear direction to ensure that the power of data is used to save women’s lives,” said Keren Pakes, General Manager of the Bright Initiative.

Kicking off the event, which was led by Payal Jain, CEO of Women in Data, were opening presentations by Or Lenchner, Bright Data CEO a Women in Data Committee member, and Holly Armitage, senior strategist at BAE Systems. Armitage commented on how she found data to be a “magic trick not currently working for women” before briefly mentioning signs pointing to potential ways of turning this situation around. Lenchner also confirmed the potential for data to play a larger role in saving women’s lives by sharing a successful initiative that has used Bright Data’s ability to collect web data at scale to help combat sex trafficking.

Throughout the rest of the meeting, attendees pinpointed several issues that they felt needed to be addressed moving forward to ensure that data can help drive change and make a difference for women and girls. These include:

The success of this summit has led to an agreement between the Bright Initiative and Women in Data to continue their partnership in exploring the above-mentioned issues, among others. They will work in collaboration with the senior figures who participated in the event and who have agreed to develop a detailed set of practical recommendations for using data for preventative intervention and cross-agency data sharing.

Bright Data, which powers all of Bright Initiative’s work, has also committed technical expertise and their engineers’ time to develop innovative new tools that can apply web data to enhance women’s safety.

These recommendations as well as accompanying tools are expected to be launched at Women in Data’s Annual Conference in March 2023, immediately following International Women’s Day.

“The Bright Initiative’s mission is to make positive change with data and there are few examples of where this is more needed than women’s safety. The fact that women and girls continue to live under the threat of violence is an absolute disgrace but it’s not enough just to get angry – we have to use our expertise to fight it,” Pakes said.